Exam Success sponsored one of our writing club students to attend the Queensland Cup – a karate competition in 2020.

Here’s me - well, the back of me anyway (this picture was not taken on the competition day though because the rules of the competition say that you can’t wear colourful ribbons). 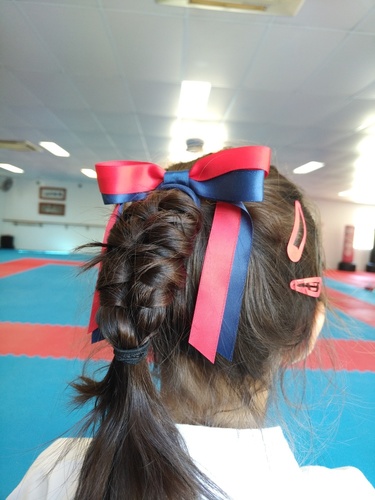 The competition was a one-day tournament. Some tournaments are held over a number of days and there were hundreds of competitors. The competitors ranged in ages from 8 to 60.

Here’s where I did my karate competition:

I competed in a junior kata. A kata in karate is a series of steps and you try to do it in perfect form. People spends years perfecting it. It can be quite energetic.

The competition isn’t really like the ones you see on television – for example, in the movie “The Karate Kid” there’s heaps of fighting. In karate, you do have fighting and it’s called kumite but you can also do demonstration in karate that doesn’t involve contact with other people and that’s called kata. 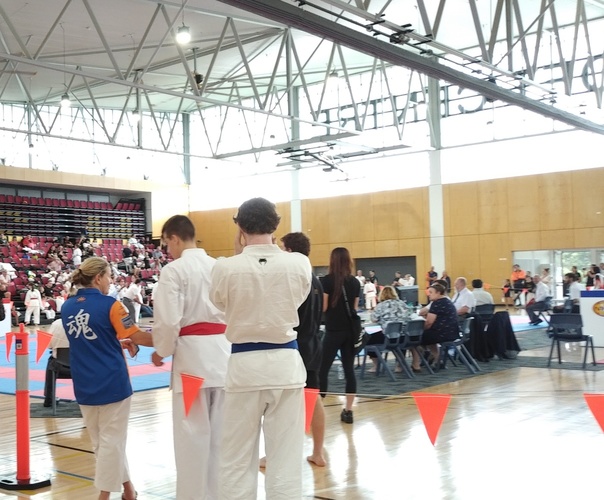 Anyway, I went up and did my kata and I was so nervous that unfortunately, I forgot to bow which I believe really affected my score. The judges awarded the other girl the round and she ended up winning the Junior Girls Kata.

I spent the rest of the time cheering on other kids from my karate school. They’re so amazing!!! Some of the people in my school are on the national karate team. I hope some day I can represent Australia. It would be a dream come true.

I was pretty sad though but had a lot of support from the people around me. I also learnt a lot from my experience. I’m going to make sure that when I practice, I’ll put in the bowing as part of my routine so I’m not going to forget it as much. And, to keep persisting. Even though I was upset, it was only my first competition and I’m excited to try again at the State Titles.

Thank you Exam Success for sponsoring me to attend this competition!!!

Does your child have an event where they’ll be competing and you require sponsorship or support? If so, please get in touch with us and we’d love to hear more about your event. We provide sponsorship on a discretionary basis for major events in academic fields and sporting fields.